Rodney is the Director of Manufacturing for Flowers Baking Company of New Orleans, which is known nationwide for brands such as Bunny Bread and Nature’s Own.  The New Orleans native has been a master baker for the past 25 years, equivalent to his tenure at Flowers Foods. In addition to MotherShip Foundation, Rodney has also served on the board of directors for Faubourg Saint John Neighborhood Association. He continues to volunteer his recipes with many local nonprofits and social causes throughout the city.

Geoff Coats is the CEO and Creative Director of Line 58 Branding & Web Design, a nationally sought after brand strategy studio working with visionary small businesses on inspiring projects. Whether start-up or established venture, Geoff brings an entrepreneurial sensibility to every project. Beyond his work with Line 58, Geoff has assisted in the launch of a successful restaurant, served as the start-up executive director of a nonprofit working to leverage market forces to revitalize a blighted urban neighborhood, and co-founded The Urban Conservancy, a nonprofit organization serving the community of New Orleans where he conceptualized and launched Stay Local! in 2003 to help support locally owned and operated businesses in Louisiana. Geoff has 20 years of public speaking experience, training in both small and large group communication, 10 years experience working with large and small groups in educational settings, and has delivered talks at scholarly and professional conferences nationally. Geoff holds a B.S. in Communications and Media Theory from James Madison University, an M.A. in History from James Madison University and an M.A. in African History from Indiana University, Bloomington, and is a graduate of the Goldman Sachs 10,000 Small Businesses program. Geoff lives with his wife Karley and son Miro in the Bayou St. John neighborhood.

Pam is currently the Director of Human Resources for WWL-TV in New Orleans and has over twenty years of Human Resources experience with an emphasis on Recruitment and Employee Relations.  She also serves as the Human Resources Director for WWL-TV’s sister station, KTHV in Little Rock, Arkansas.  Pam began her career in Human Resources at Southern Baptist Hospital and was there for the hospital’s transition to Mercy Baptist Medical Center and then Memorial Medical Center.  A native of New Orleans, Pam has also lived in South Florida and Dallas, Texas before returning to the city to join WWL-TV in 2004.   Pam attended Louisiana State University and earned her Bachelor’s degree at the University Of New Orleans.  Pam is a board member of the Ochsner Baptist Patient Family Advisory Board and belongs to the New Orleans Human Resources Management Association and the Society for Human Resource Management.  Pam has also been a member of the Krewe of Muses since 2007 and has been a float lieutenant since 2009.  Pam lives in Faubourg St. John with her husband Michael and their three children and has actively volunteered in many neighborhood projects in support of the Faubourg St. John Neighborhood Association, including Bayou Boogaloo. 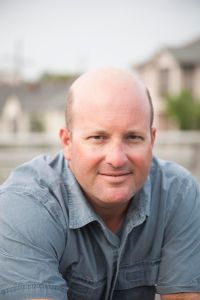 Jason Hemel has worked in nonprofit healthcare for over 15 years. Hemel received a BS in Finance from the University of New Orleans (UNO) in 1999 and an MBA from UNO in 2000.  Hemel spent the early portion of his career as a financial analyst at UNO and as a finance officer for two nonprofit nursing facilities. Representing the bulk of his career, Hemel has been with the St. Margaret’s organization for the past 10 years—the first five were as the Chief Operating Officer. Following Hurricane Katrina and the destruction of most of the St. Margaret’s facilities, Hemel moved into a development role with the organization, working on successful projects at the former Bywater Hospital in New Orleans and the St. Luke’s Medical Center in Algiers. Hemel represents the St. Margaret’s organization on the redevelopment of the former Lindy Boggs / Mercy Medical Center in New Orleans’ Mid-City neighborhood. This exciting project is investing $100-million to redevelop the flooded campus into a state of the art nursing facility, acute care hospital, and medical office complex. Hemel is also on the Board of ASII, the nonprofit arm of ASI credit union. Recently, Hemel founded Peristyle Residences, providing non-institutionalized assisted living homes in the New Orleans, LA and Hattiesburg, MS areas. 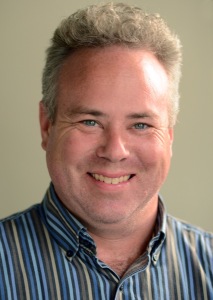 Ian McNulty covers food culture and dining as a staff writer for the New Orleans Advocate, the city’s daily newspaper. His radio commentary “Where Y’Eat” airs weekly on local NPR affiliate WWNO. He is the author of “Louisiana Rambles: Exploring America’s Cajun and Creole Heartland,” a travel narrative about south Louisiana culture. The book was named one of the top travel books for 2011 by the Society of American Travel Writers. His first book, “A Season of Night: New Orleans Life After Katrina,” is an account of the tenuous first months in New Orleans after Hurricane Katrina. Ian is a graduate of Rutgers University. He began his writing career at a community newspaper in Rhode Island in 1997 and received recognition from the state legislature for his accounts of small town life there. He moved to New Orleans in 1999, initially writing for a weekly business publication. In 2001 he began writing a New Orleans restaurant column for the monthly music and culture magazine Offbeat. He took on restaurant coverage for the alt weekly Gambit in October 2005 from its first issue after Hurricane Katrina, chronicling the return and evolution of the restaurant industry and dining scene in New Orleans in the years that followed. He joined the staff at the New Orleans Advocate in 2013. He lives with his wife Antonia Keller in the Mid-City neighborhood of New Orleans. 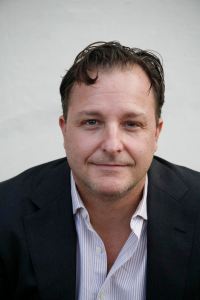 William Ramsey is a principal at the Ramsey Law Firm, a law firm focusing in entertainment and transactional law. William negotiates and drafts agreements related to all areas of film production, television, music, and corporate affairs. His clients include film production companies, producers, writers, actors, artists, and musicians. William is also involved in many outreach organizations in New Orleans. Before attending law school, William worked in film and television production in Los Angeles. He holds a J.D. from Tulane Law School and an LL.M. from the University of Washington. 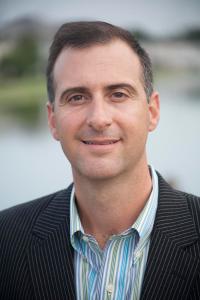 Jared Zeller has split most of his professional career between the arts and industrial distribution, with a short time spent abroad in South Korea while enlisted with the U.S. Army. Zeller is the founder and executive officer of the MotherShip Foundation, host of the Mid-City Bayou Boogaloo, and has spent the last seventeen years promoting and producing entertainment events in the New Orleans area, as a career and hobby. His projects have been covered by local, national, and international media, including the Discovery Channel, HBO, New York Times, Offbeat Magazine, The Weather Channel, and WWLTV. Zeller helped develop several local artists including the Soul Rebels Brass Band, Glen David Andrews (LA Music Hall of Fame), Lynn Drury, and Davis Rogan. All of these artists enjoyed both domestic and international tour dates, won multiple awards, and have been featured in the HBO series Treme. After receiving a BS in Business Management from the University of New Orleans in 2006, he became an adjunct professor at Delgado Community College teaching Introduction to Music Business and Music Entrepreneurship. Following Hurricane Katrina, Zeller founded the Mid-City Bayou Boogaloo Festival in 2006 as a way to revitalize a neighborhood in peril. This grassroots community festival has become one of New Orleans signature events, drawing thousands of locals and visitors to a once devastated neighborhood. Zeller’s work has been acknowledged by numerous organizations, including awards from OffBeat Magazine, which is considered to be “the music resource” of Louisiana. In 2007, Gambit Weekly recognized him as one of New Orleans’ “Forty under Forty” for his work on the venture. In 2015, Zeller celebrated ten years as the founder and executive officer of the MotherShip Foundation and was acknowledged with a proclamation from the City of New Orleans for producing an economically and environmentally sustainable festival.

Margaret graduated from Tulane University with a BA in Economics and a minor in Spanish.  She began her career at Arthur Andersen in their global employment practice where she prepared tax returns for expatriates and acted as the international human resources manager for several Fortune 500 companies.  After several years with Andersen and then, Deloitte, she joined Sony Pictures Entertainment’s international operations team and assisted with the set up and structure of SPE’s global television networks.

Margaret attended business school at Georgetown’s McDonough School of Business and obtained her MBA in May of 2008.  She then returned to New Orleans to join the executive team of Harrah’s Entertainment Company (now Caesars Entertainment).

Margaret attended Catholic University’s Columbus School of Law in Washington, DC and currently works with her father in their law firm, Comstock & Reilly, L.L.P.  She is licensed to practice law in Louisiana, Maryland, Florida and Washington, DC.

She currently resides in New Orleans, LA with her husband Alex, step-sons, Charlie and Phin and dog, Rupert.